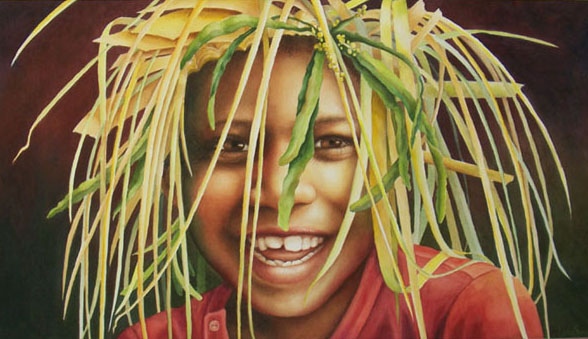 Lena Savage was born and raised in Gothenburg, Sweden. She was always interested in art, and after graduation, she worked as a photographer for Kodak Eastman.

While traveling in the US in 1974, Lena met and married Craig Savage and moved to Sandpoint, Idaho. Together, they had two boys and worked for 17 year as an architect and contractor. In 1987 they moved to California and Lena continued her architectural work until 1995. In 1996 the opportunity presented itself and she began to fulfill her dream of becoming and artist.

Lena started taking classes at Santa Barbara Community College from Joan Gunther and Cathy Quiel. A workshop in techniques of the Renaissance painters by Fank Covino piqued her interest in portraits. Over the course of her training, she tried different mediums, but watercolors remains her favorite.

A member of the Step One Gallery, Santa Barbara Art Association, Gold Coast Watercolor Society, and the Goleta Valley Art League, Lena's art has been on display at the following locations: